The Aradena Gorge is one of the most spectacular gorges in West Crete and the walk through this natural wonder is a real experience! Most people start the walk from the deserted village of Aradena and the imposing bridge over the gorge with incredible views into the gorge!! From Aradena you descend along a well preserved “Kalderimi” into the gorge. The part through the gorge is a real adventure with steep red coloured walls which end abruptly at Maramara Beach at the Libyan Sea.  Along the coast you walk along a nice track back to Loutro.

It is possible to include the Aradena Gorge in a round walk by starting and ending in Loutro or the village Anopolis. In many guide books this walk is described. The gorge itself is about 6 km long but the round walk is 18km and a long and tough hike. 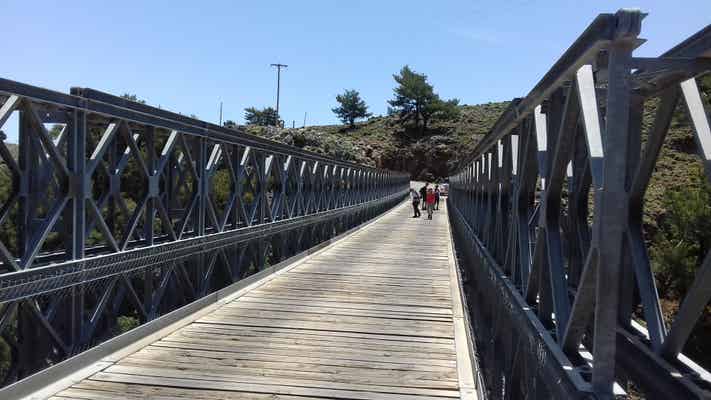 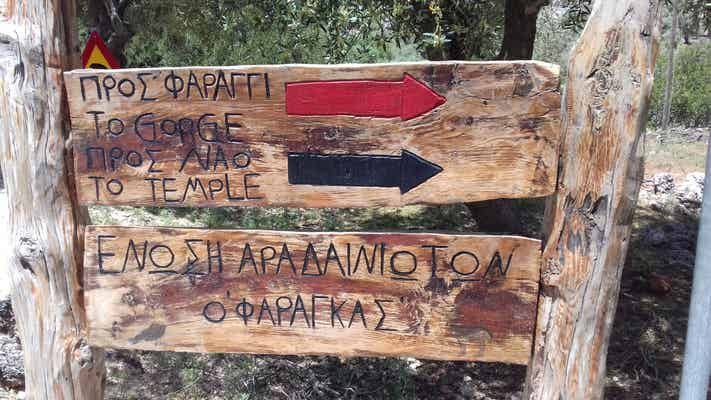 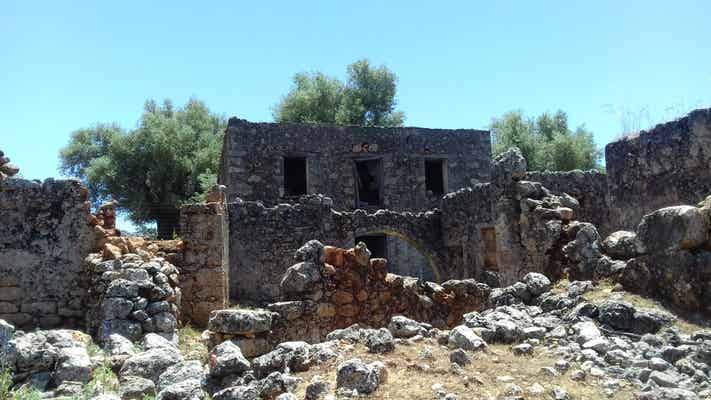 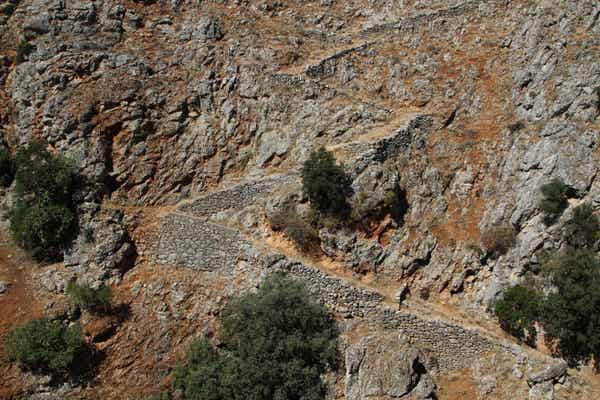 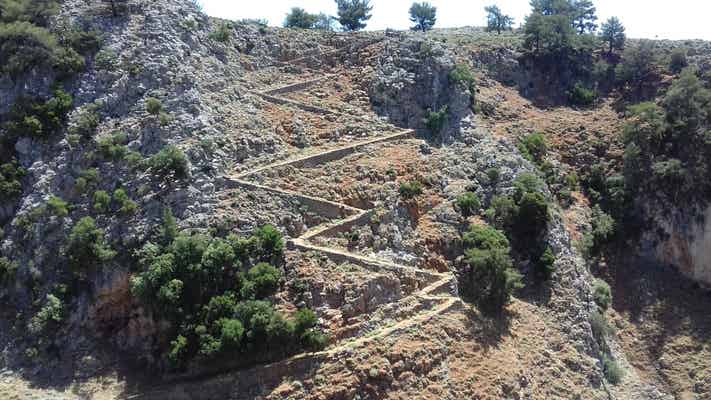 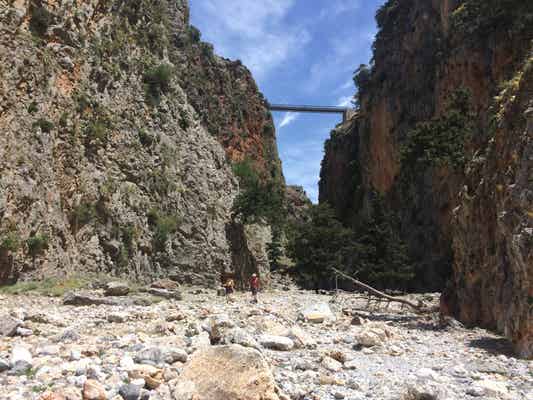 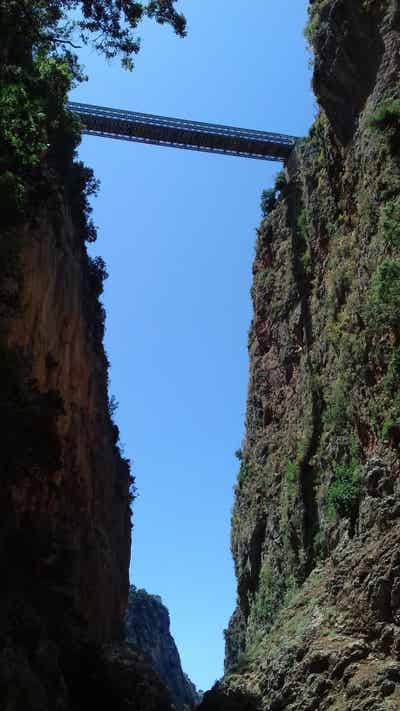 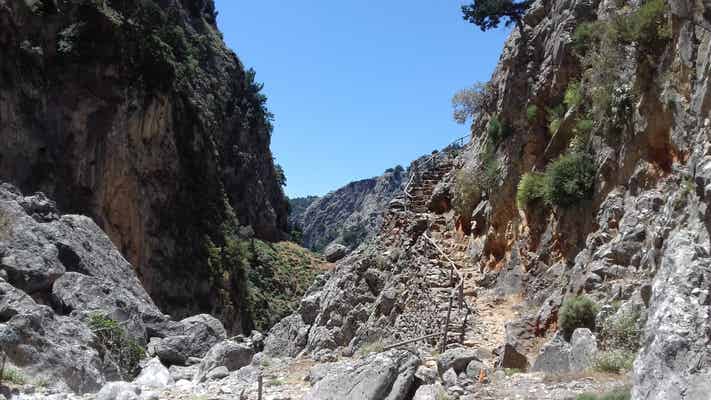 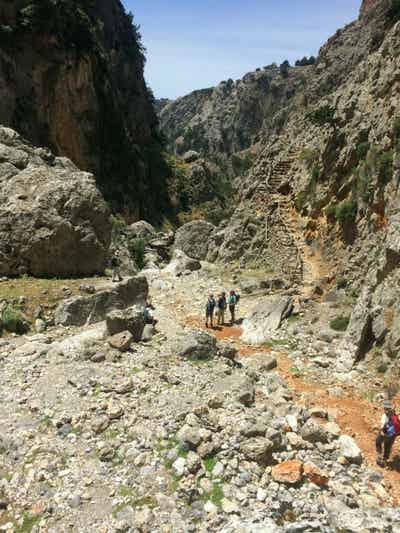 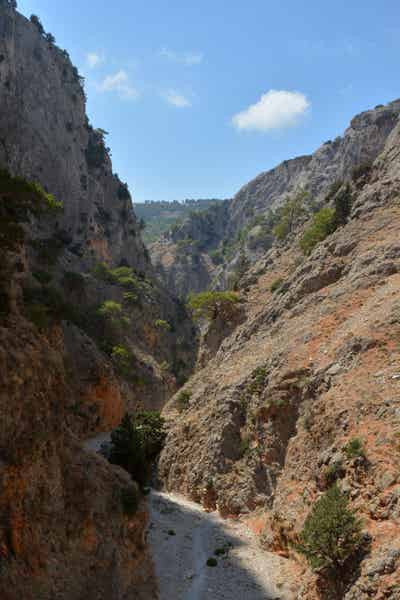 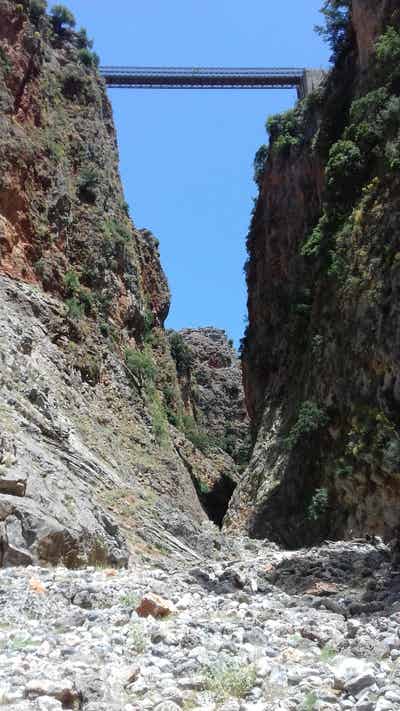 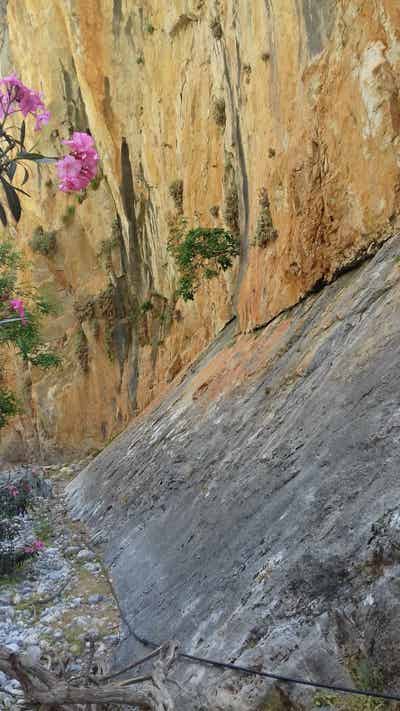 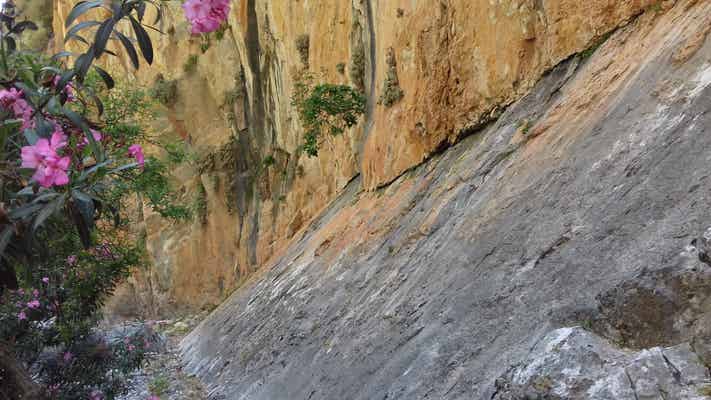 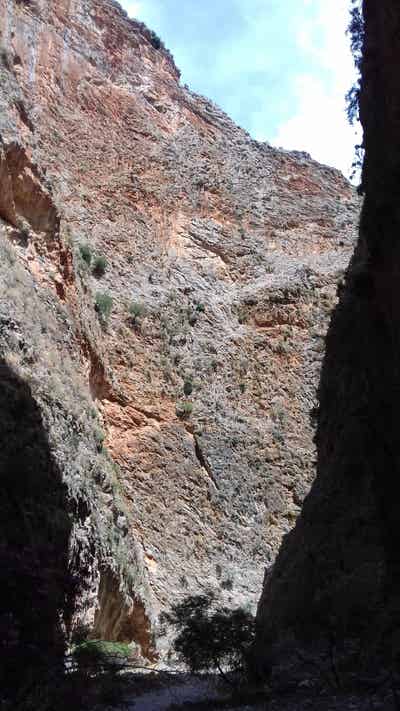 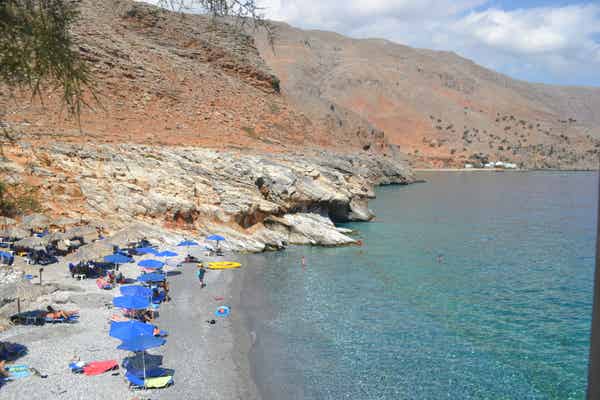 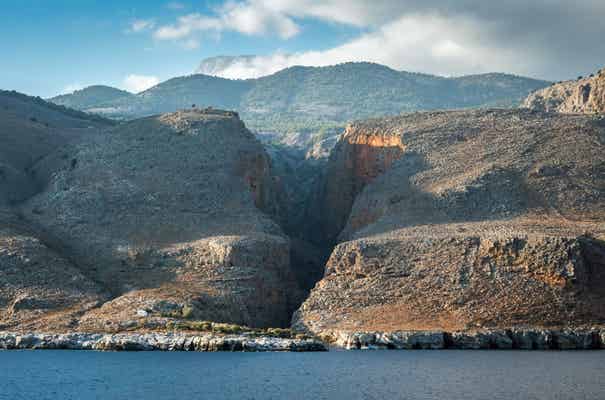 Aradena, the village and the bridge

The iron bridge over the Aradena Gorge was constructed by the family Vardinogiannis, one of the richest on Greece. It was constructed in 1986 and during summer months it is also used for bungee jumping! This is the highest bridge for bungee in Greece (138 m) and the second in Europe.

Aradena is the site of the ancient Greek city that was called Aradin. It was a settlement in the Roman, Byzantine and Venetian period. Both Anopolis and Aradin were destroyed by the Ottoman Turks. Ruins of the ancient Aradin are to be found near the village of Aradena. Since the 1950s the village was abandoned. The story is that two boys in the village had a fight over a goat bell, which ultimately resulted in a vendetta and the death of nearly all residents. The few people who survived moved to nearby Anopolis. Gradually there are a number of descendants that claim their old property back and start to renovate some old houses!